The Occupational Safety and Health Administration uses these terms to categorize the safety requirements for US workers. OSHA states that every employer has a responsibility to provide a safe and healthful workplace – even when Hazardous Materials are present. There are hundreds of dangerous toxic materials in use every day including many that are odorless and colorless. Only Life Safety and Hazardous Material Emergency Alarm Systems provide the first warning and the last line of defense around hazardous materials in the workplace.

Carbon Monoxide is an invisible, odorless gas that can cause sudden illness and death if inhaled. Carbon Monoxide has a density about the same as air and is created by numerous combustion processes. For example, Carbon Monoxide is a common workforce hazard for employees who work around vehicle exhausts, fuel-burning furnaces, coal-burning power plants and forklifts. Additionally, propane-powered heaters, gas water heaters, and kerosene heaters can all produce Carbon Monoxide. All facilities with these combustion applications should evaluate their processes to determine if carbon monoxide leak detection is required to insure employee safety. In many countries, Carbon monoxide is the most common cause of fatal air poisoning.

Carbon Dioxide is an invisible, odorless gas with a density heavier-than-air. Perhaps surprisingly, it is toxic to both humans and wildlife. Carbon Dioxide is commonly used to provide bubbles in carbonated drinks and beer. The use of high volume and high-pressure containers to store Carbon Dioxide for beverage dispensing has created an oxygen deprivation hazard for many food and beverage industry employees as well as first responders. All facilities with high-capacity Carbon Dioxide systems should consider the hazard to their employees and initiate protections to mitigate the hazard.

Ammonia is a colorless gas with a pungent, irritating smell. It is lighter-than-air. Ammonia is used as a building block for the production of many industrial and pharmaceutical products and common in cleaning products. Ammonia fumes are toxic at low levels and explosive at higher levels. The two most common hazards with ammonia are associated with its use in agriculture applications and industrial processes as anhydrous chemical (dry, without water), and as a refrigerant. When ammonia leaks from these processes, in storage, or during transportation, it is especially dangerous to employees and emergency responders. The use of ammonia as a refrigerant presents flammable and explosive hazards to employees that work around those processes. All facilities with significant amounts of ammonia should consider the hazards created by this dangerous chemical.

Hydrogen Sulfide is a colorless gas with the strong smell of rotten eggs. It is very corrosive, heavier-than-air, and highly toxic. Above 1000ppm, death is nearly instantaneous. At lower levels (700-1000 ppm), victims experience rapid unconsciousness, knockdown or immediate collapse within 1 to 2 breaths, breathing stops and death within minutes. Workers are especially at risk of exposure when working in confined spaces like municipal sewers, pits, manholes and tunnels. Hydrogen Sulfide is produced naturally from decaying organic matter like sewage sludge, liquid manure as well as with natural gas (see CNG). Hydrogen Sulfide is a dangerous component or byproduct of many industrial processes including petroleum production and refining, textile manufacturing and even food processing.

Nitrogen Dioxide is a heavier-than-air gas with a pungent, acrid odor. The major source of nitrogen dioxide is the burning of fossil fuels: coal, oil, and gas. Most of the nitrogen dioxide in cities comes from motor vehicle exhaust (about 80%). Other sources of nitrogen dioxide are petroleum and metal refining, electricity generation from coal-fired power stations, other manufacturing industries, and food processing.

Nitrogen Dioxide is also created during the oxidation of coal, arc welding, electroplating, the production of explosives, and the production of nitric acid – of which millions of tons are created each year by industry. It is reactive with many hydrocarbons and toxic at low concentrations. Nitrogen dioxide inflames the lining of the lungs, and it can reduce immunity to lung infections leading to problems such as wheezing, coughing, colds, flu, and bronchitis. Safety systems should be in place to protect workers from exposure to dangerous levels of nitrogen dioxide.

Chlorine is a heavier-than-air gas with a yellow-green color.  It is extremely reactive and corrosive.  It is used to create many disinfectants and bleaches.  It is commonly added to swimming pools to keep them sanitary.  It is very dangerous, poisonous, and toxic for all living organisms.   It is widely used in the manufacture of cloth and paper as well as solvents, synthetic rubber, pesticides, and refrigerants.  During WW1, Chlorine was used as a chemical warfare choking agent (Mustard Gas).  The low odor threshold for chlorine can provide some protection for employees who are not regularly exposed to chlorine however the health effects resulting from most chlorine exposures begin within seconds to minutes. The severity of the signs and symptoms caused by chlorine will vary according to amount, route and duration of exposure ranging from eye/skin/airway irritation, sore throat and cough to non-cardiogenic pulmonary edema, which may be delayed for several hours.  Safety systems should be in place to protect workers from exposure to dangerous levels of Chlorine.

Hydrogen Cyanide (sometimes called prussic acid) is a colorless or pale blue gas with a bitter odor, which some people say smells like almonds.  Most people cannot detect it.  As a gas, it is lighter than air and extremely poisonous.  As a liquid, Hydrogen Cyanide is flammable and boils at only 78oF.  Hydrogen cyanide is a systemic chemical asphyxiate. It interferes with the normal use of oxygen by nearly every organ of the body. Exposure to hydrogen cyanide can be rapidly fatal. It has whole-body (systemic) effects, particularly affecting those organ systems most sensitive to low oxygen levels including the central nervous system (brain), the cardiovascular system (heart and blood vessels), and the pulmonary system (lungs).

It is used commercially for fumigation, electroplating, mining, chemical synthesis, and the production of synthetic fibers, plastics, dyes, and pesticides.

It can be liberated during electroplating and various other manufacturing processes including photoengraving.  Hydrogen Cyanide is used in the synthesis of acrylics, nylons, dyes, pharmaceutical drugs and specialty chemicals.   Because of the variety of ways in which hydrogen cyanide is used, it is critical to train all employees who may come in contact with this gas to ensure safe handling procedures.

Refrigerants are gases used in various compressors to provide space cooling.  The most common refrigerants are fluorinated hydrocarbons.  These gases are commonly referred to by the brand name “Freon”.  Difluorodichloromethane is a colorless gas with a faint delicate odor. It is usually shipped as a liquid confined under its own vapor pressure. Contact with the unconfined liquid can cause frostbite. The components are noncombustible but can asphyxiate by the displacement of air. Exposure of the closed container to prolonged heat or fire can cause it to rupture violently and rocket.  HVAC service professionals commonly experience refrigerant exposure and a mild exposure is usually harmless.  However, exposure in a confined space can lead to headaches, nausea, and vomiting and severe poisoning can lead to a loss of consciousness and death.

Hydrogen Fluoride is a colorless liquid at room temperature.  Hydrogen fluoride is used in the production of aluminum and chlorofluorocarbons, and in the glass etching and chemical industries. When it mixes with water, it becomes Hydrofluoric Acid -a very dangerous acid.  When released at high concentration as a liquid, it fumes in air.  Acute (short-term) inhalation exposure to gaseous hydrogen fluoride can cause severe respiratory damage in humans, including severe irritation and pulmonary edema. Severe ocular irritation and dermal burns may occur following eye or skin exposure in humans. Hydrofluoric acid is used extensively in the mining and petroleum refining industries.  It is also used to refine and process metals, rocks, bricks, and oil.  It is a key ingredient in the manufacture of refrigerants.

Chronic (long-term) exposure of humans to fluoride at low levels has a beneficial effect of dental cavity prevention and may also be useful for the treatment of osteoporosis. 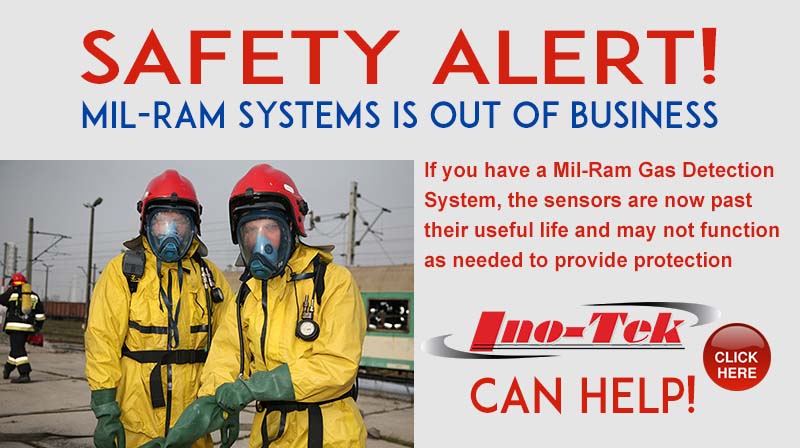